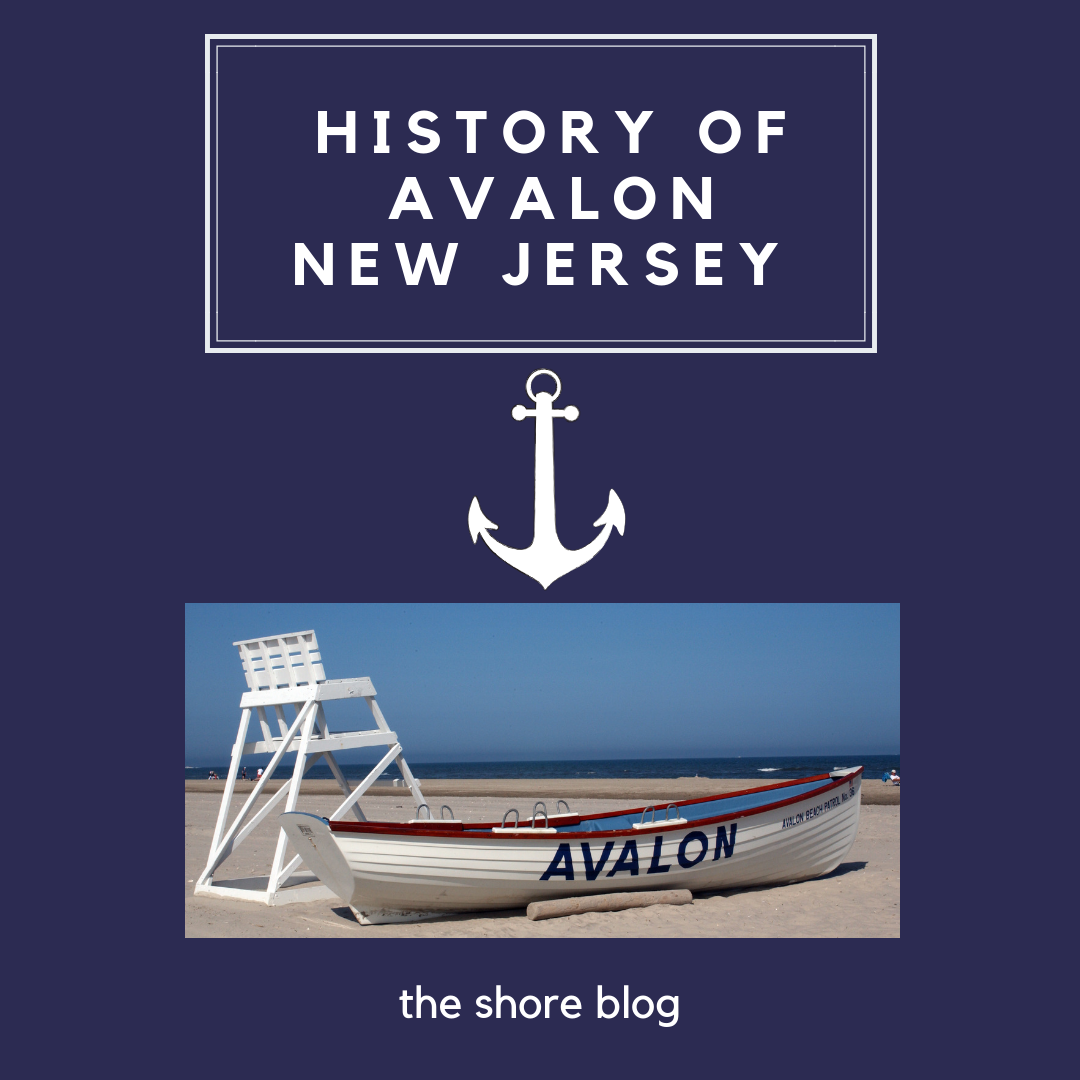 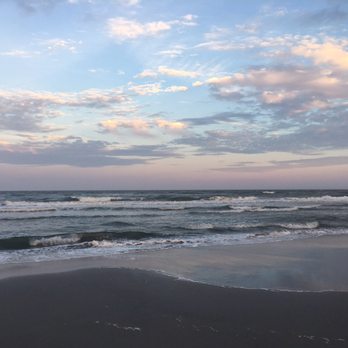 The history of Avalon is rich. From the days of railroads in Avalon, to storms of Avalon, much has happened to shape the development of the “jewel of the Jersey coast”. The island upon which Avalon is located was once a juniper forest occupied by the Leni-Lenape Indians. In 1722, the 2725-acre island was purchased for the equivalent of $380 by Aaron Leaming who thereafter named it Leaming’s Island. The Leaming family owned the island for approximately 100 years, during which time it was used as a cattle range and a source of timber. The island was sold by the Leamings, passed through several different owners and, at one point, was renamed to “Seven Mile Island”.

In 1887 the island was purchased by a real estate company with the intention of creating a seaside resort. It is believed that “Avalon” was given its name by a brother-in-law of the company’s president. The name was derived from a mythical, magical island where it is said that King Arthur went to recover after battle.

The developers intended the island to be an exclusive, upscale resort, which is evident in the naming of the channels built along the west side of the island after Ivy League schools. The island itself was referred to as the “Jewel of the Jersey Coast” by the company trying to promote it to wealthy visitors. 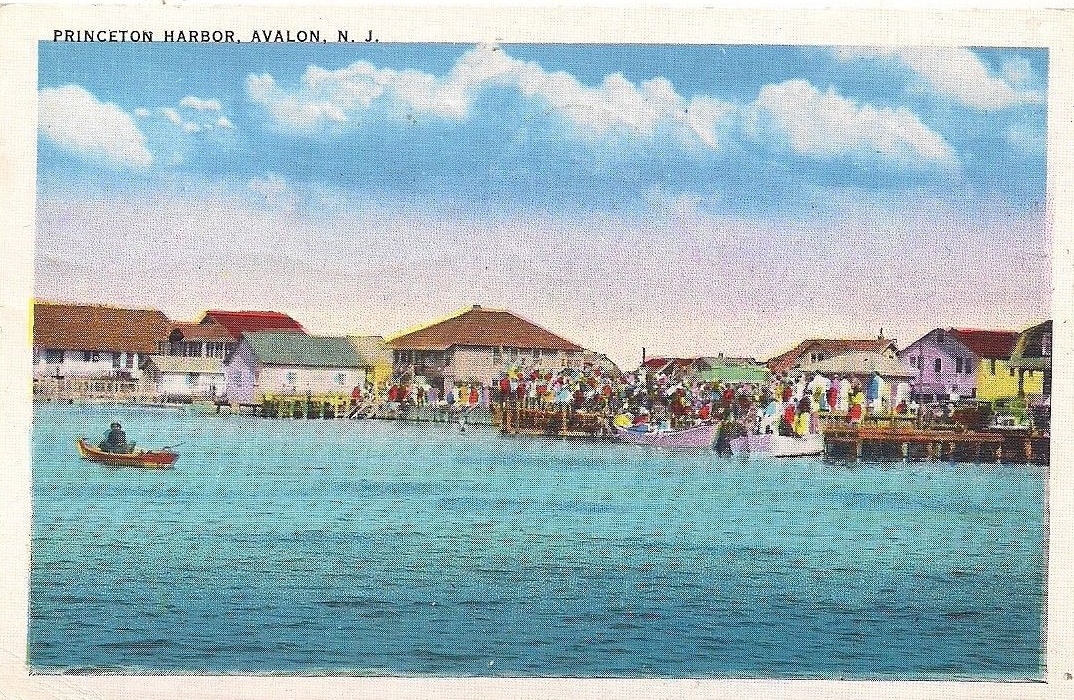 In order to bring visitors to the island, a railway service was needed. A railroad already 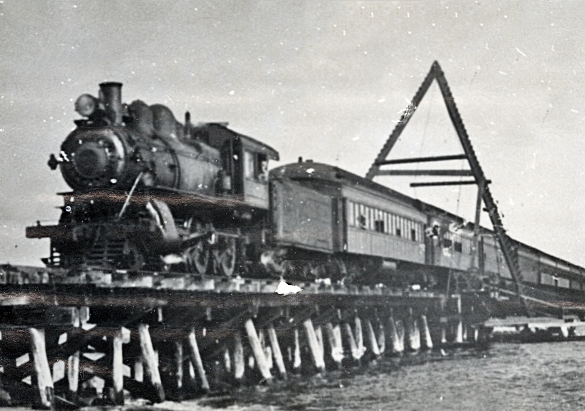 ran from Philadelphia to Ludlam’s Island to the north. In order to extend the tracks into Avalon, a railroad bridge was needed to cross Townsends Inlet. Construction was problematic as the first three attempts were halted by storm damage and destruction. Once finally completed, tracks were laid tracks on the island from the Townsends Inlet bridge to 37th Street where, beyond, the land was primarily sand hills, forest and marshland. 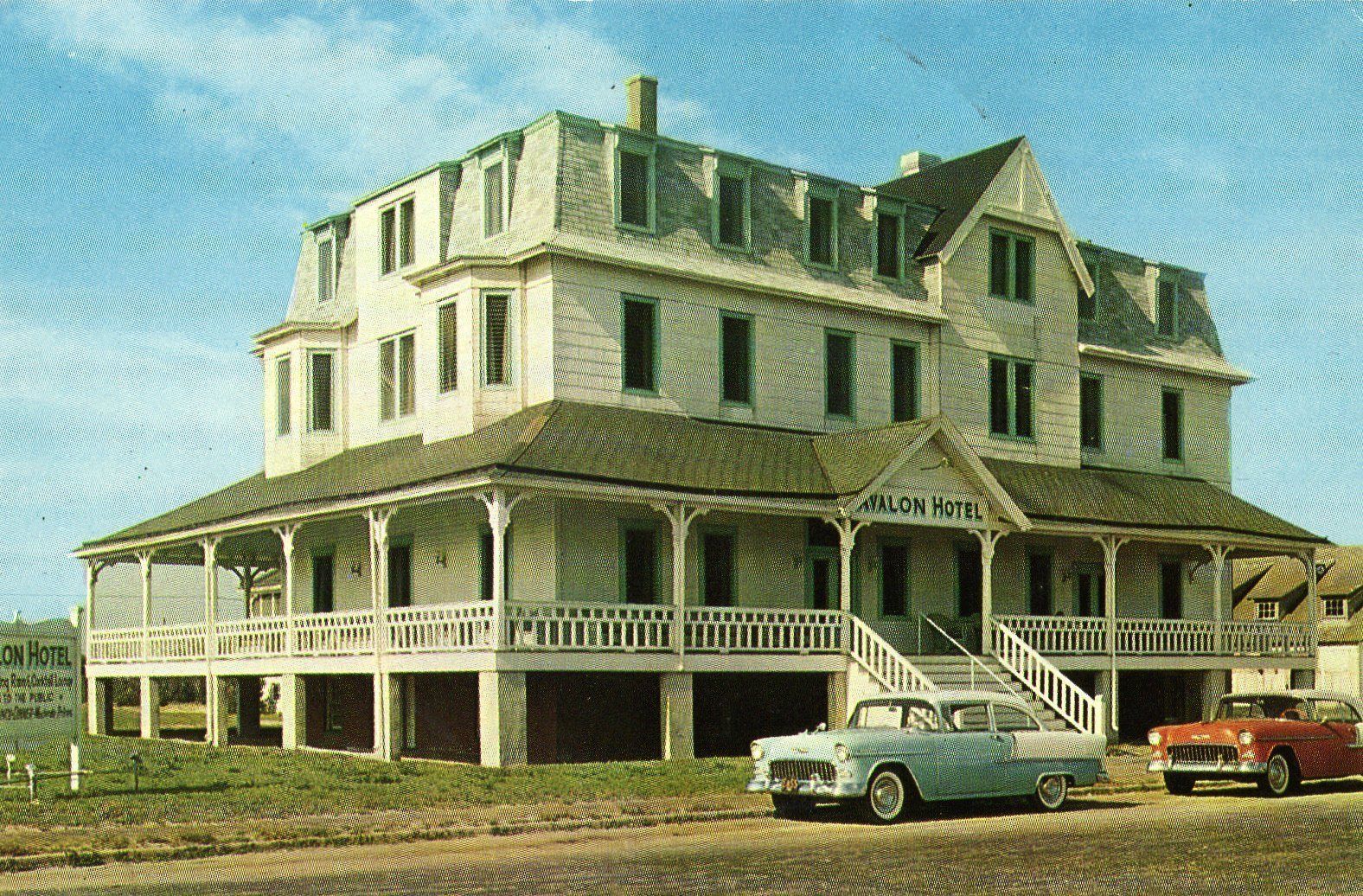 By this time, thousands of visitors came to the island by trains that arrived and departed 24 times each day, and these trips often resulting in visitors purchasing property on the island. At the railroad’s request, the Avalon Hotel was built in 1888 at 5th Street and Avalon Avenue to provide overnight lodging for guests who needed accommodations. Avalon was incorporated as a borough in 1892. By the early 1900s, Avalon had grown to consist of seventy-five houses, a school, and two churches. In 1905, a beach patrol was established.

While most development up to this point was occurring north of 25th Street, the 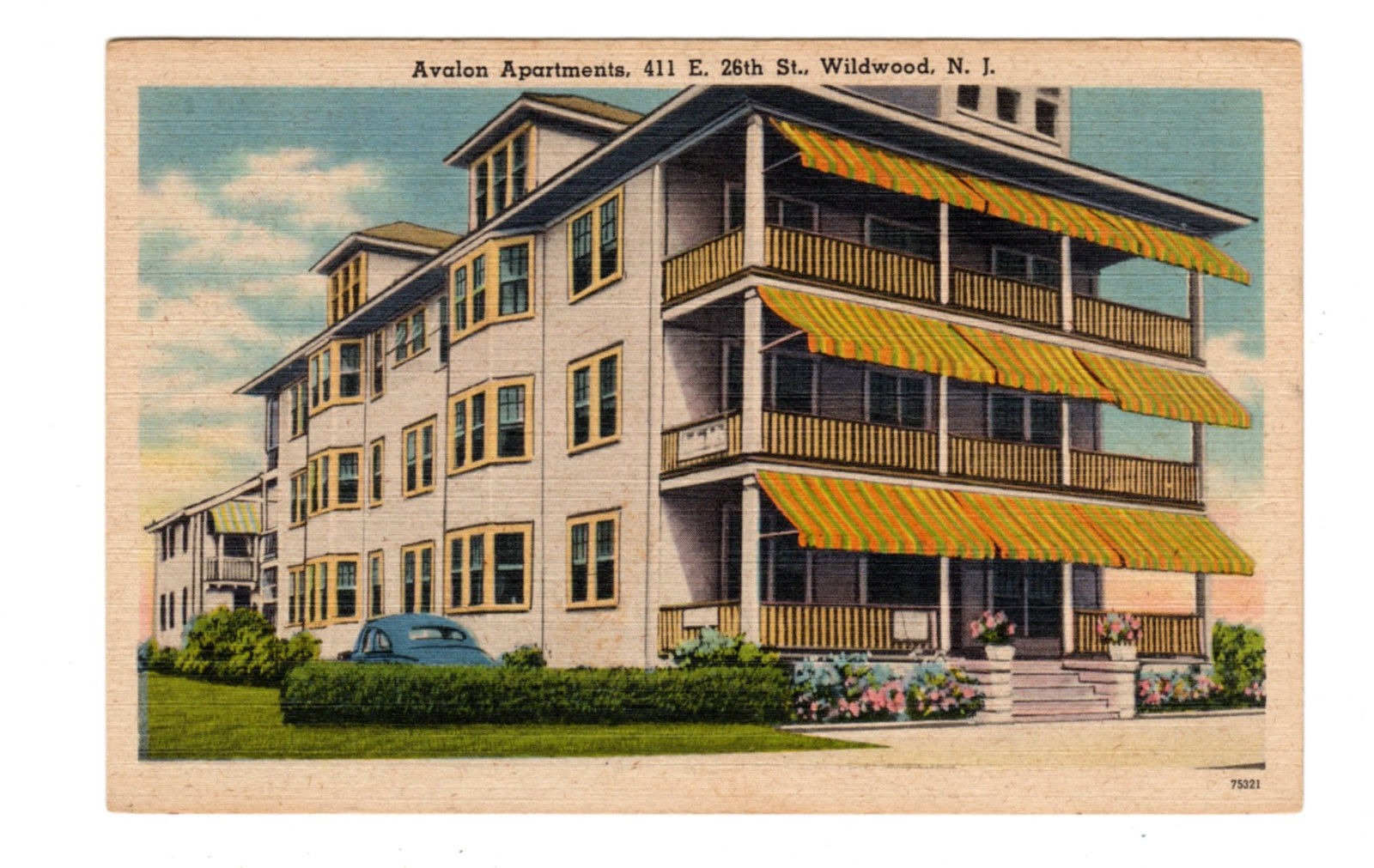 Peermont Land Company purchased land south of 25th Street to develop a new community. Avalon and Peermont were separated by high dunes and dense wilderness with only a train and the beach allowing access between the two. Both communities worked together to flatten the land by cutting back the juniper forest and leveling off the sandy hills. A road was constructed to join the two communities and another hotel was built at this end called the Peermont Hotel. It wouldn’t be until the 1950s that the altering of the natural landscape would become an issue as town officials became concerned about the amount of beachfront development that was going on. They started to buy back beachfront property to allow dunes to naturally re-establish themselves. Today, the Avalon Environmental Commission oversees the protection of the maritime forest and dune ecosystems. 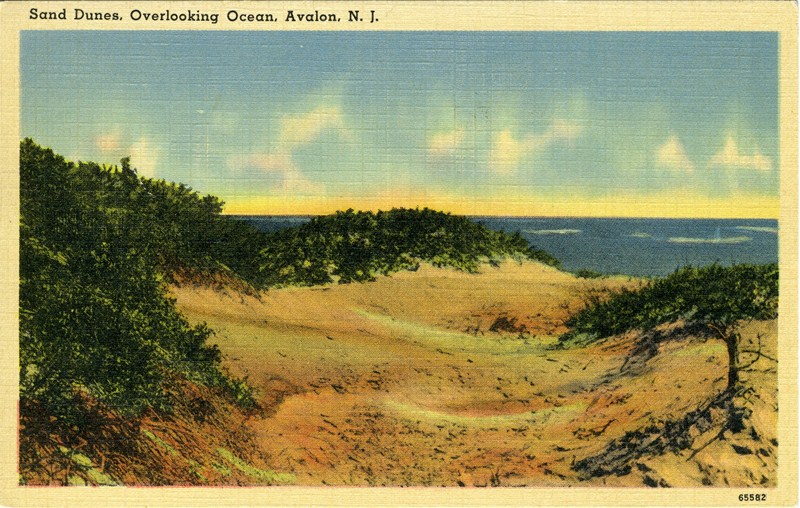 The railroad was gradually extended and three railroad stations were built along the route. Even further south, a new community called “Holiday Beach” was developed and a fourth train station was added. The communities of Avalon, Peermont and Holiday Beach gradually merged and became united under Avalon. The railroad was the primary mode of transportation for visitors to the island until roadways were constructed in the early 1900s. Eventually, the cost to maintain the railroad bridge between Townsends Inlet and Avalon became too burdensome, so it was removed and train service to the island ceased. 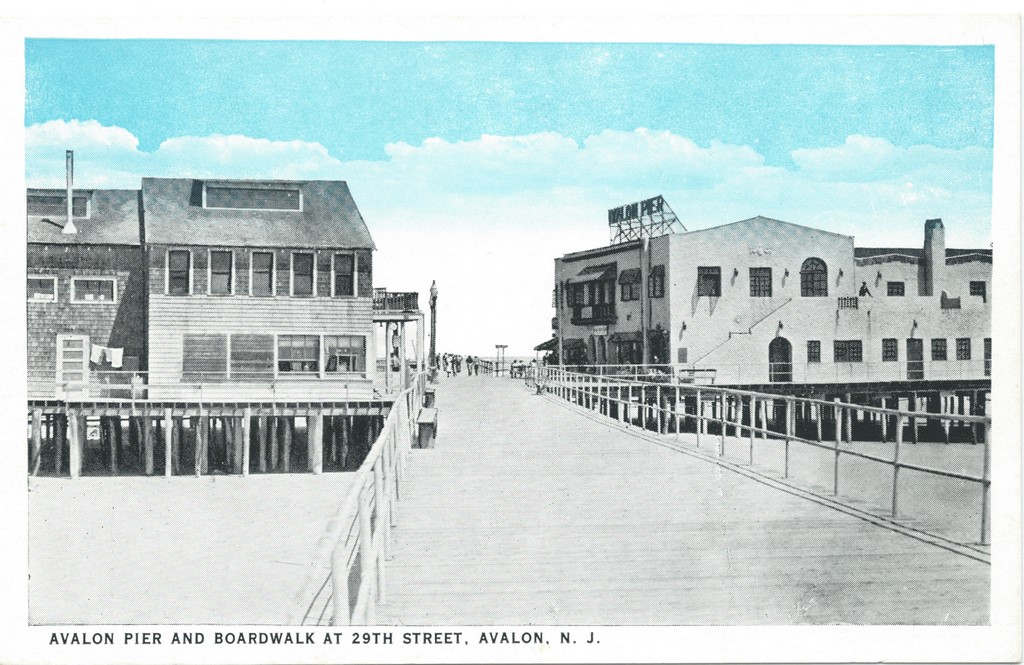 In or around 1910, a boardwalk was constructed between 8th and 32nd Streets. A casino, movie theater, novelty store and snack shop occupied a building on the boardwalk at 29th Street. A second casino was built on the boardwalk at 17th Street. The first floor of this building housed a large dance hall, theater, soda shop, barber shop, ski ball alley and pool room. On the second floor was a spacious room with brick fireplaces and large windows that looked out over the ocean. In the back of the building were bath houses and comfort rooms. Four apartments were located on the top of the building. The casino was the social hub of the island community until 1928 when the building was condemned. 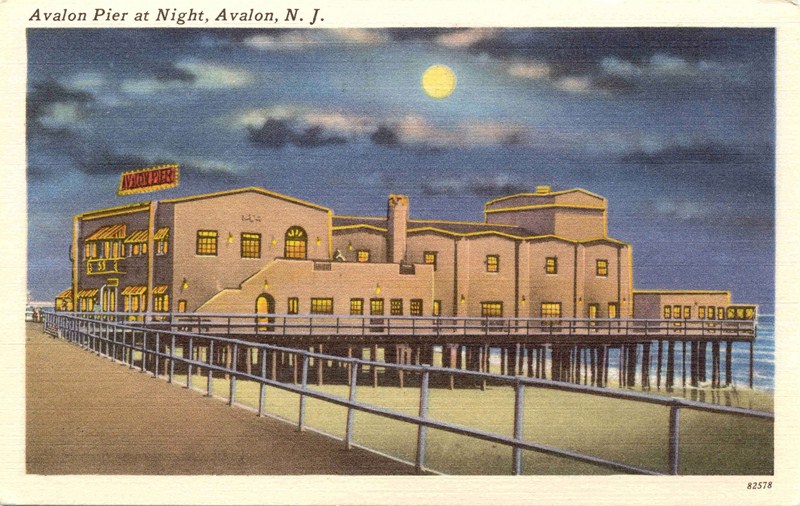 In the 1930s, as automobile use became more prolific, the now defunct railroad tracks that ran along the eastern side of the island were removed and Dune Drive was created, followed by Ocean Drive along the bay side, ironically. Also around this time a fishing pier was built at 32nd Street and the Boardwalk, extending into the ocean. The pier was destroyed and rebuilt after the Great Atlantic Hurricane of 1944 and the Nor’Easter of 1962.

Like many of the southern Jersey coastal towns, the 1962 storm caused widespread damage and destruction of existing structures. The storm lasted through five high tide cycles and hit during a spring tide, when tides are already higher under normal circumstances.

In the 20th and 21st centuries, Avalon has continued to build and grow. Over the years, many of the older homes on the island have been destroyed by storms or torn down by developers and replaced by large, sprawling mansions and multi-unit dwellings. A distinct, exclusive shopping district has developed and contemporary beachfront resorts offer more and more in the way of dining and entertainment. While the borough of Avalon may not have many hotel options – there are currently five located within borough limits – many families still flock here to rent condos and homes to spend their vacations together by the sea. As its original developers intended, Avalon has become a classy, upscale vacation destination – a true jewel of the Jersey coast. 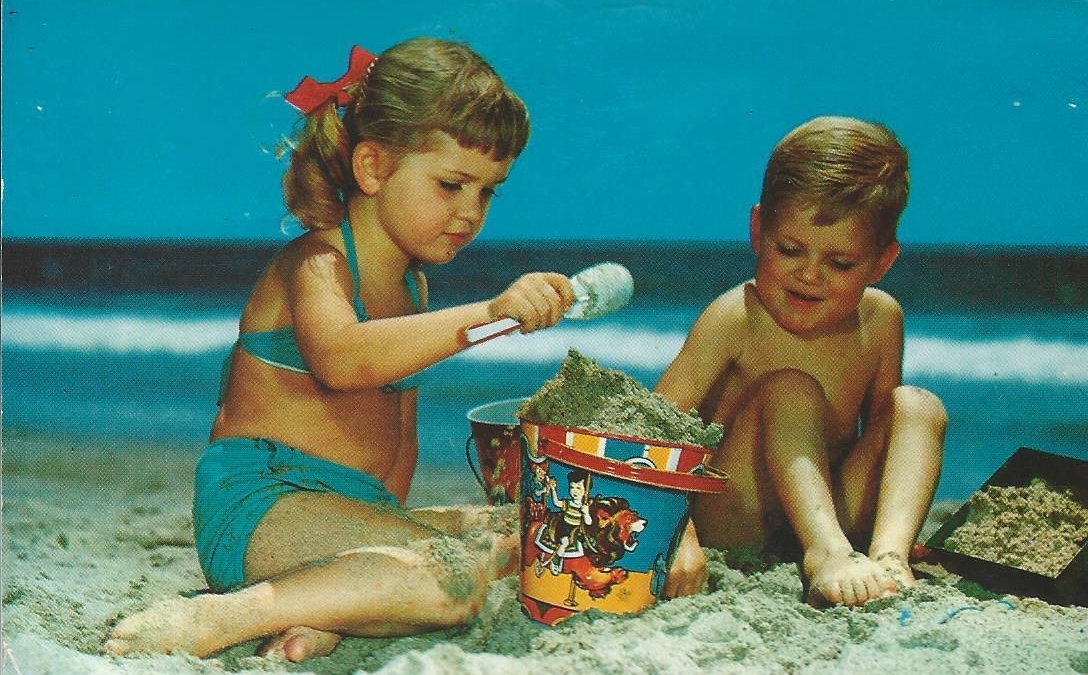 Like other resort towns on the South Jersey coast, real estate values have sky rocketed to the point that, between 2000 – 2010, the full-time population of Avalon shrunk by 38%. It is said that this reduction in shore town populations is due to the fact that the real estate here is so expensive that only people who can afford to purchase second homes are able to do so, which also means they are not counted as full-time or primary residents of the town. Many older, weaker structures were destroyed in recent storms such as Sandy and Winter Storm Jonas, and they are being replaced by larger, more contemporary homes built to withstand the weather, and that too is driving home costs even higher. It is amazing to think that less than 300 years ago the entire seven-mile barrier island was purchased for an amount less than what it costs to stay one night in a beachfront hotel in summer. 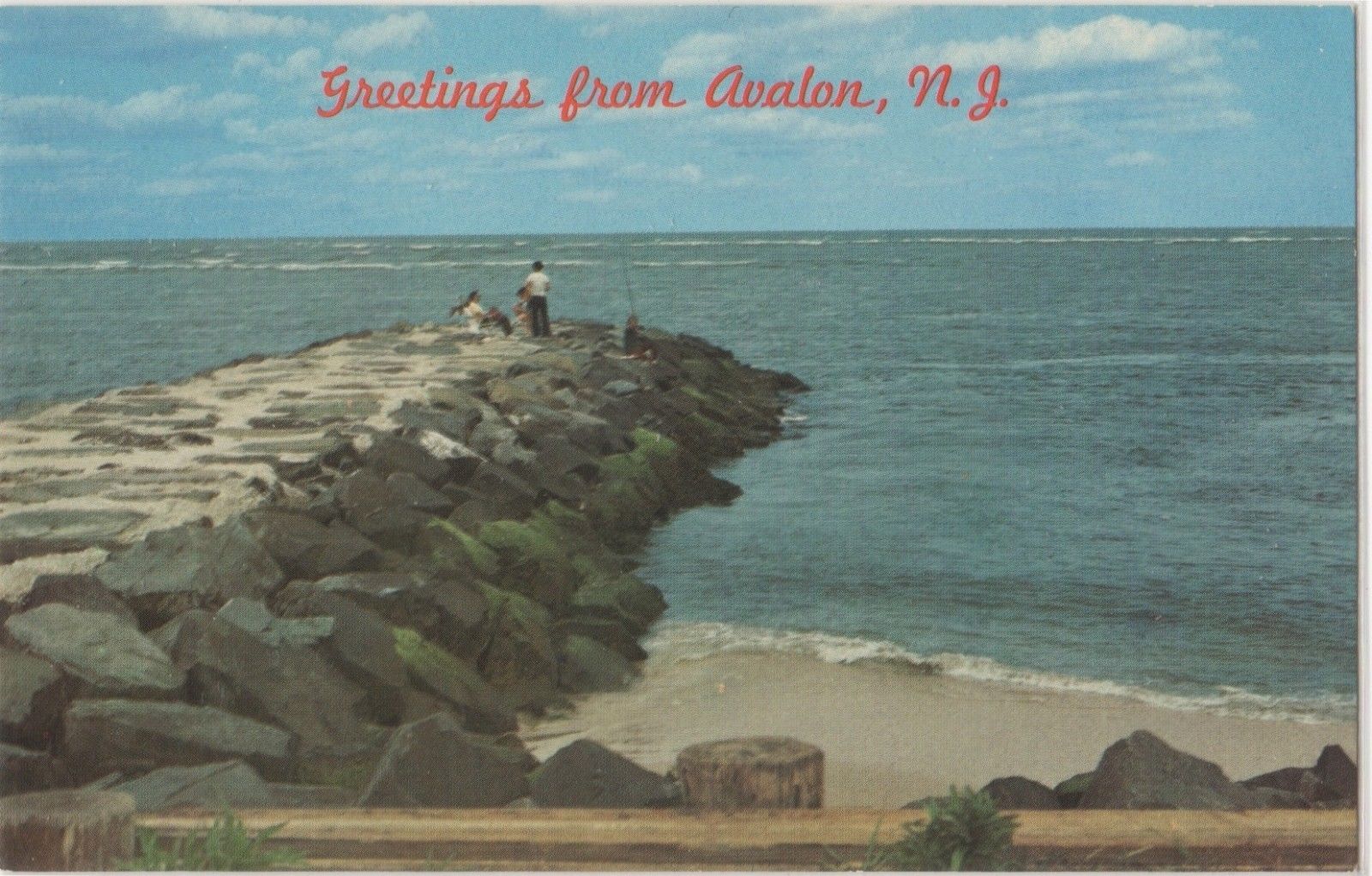 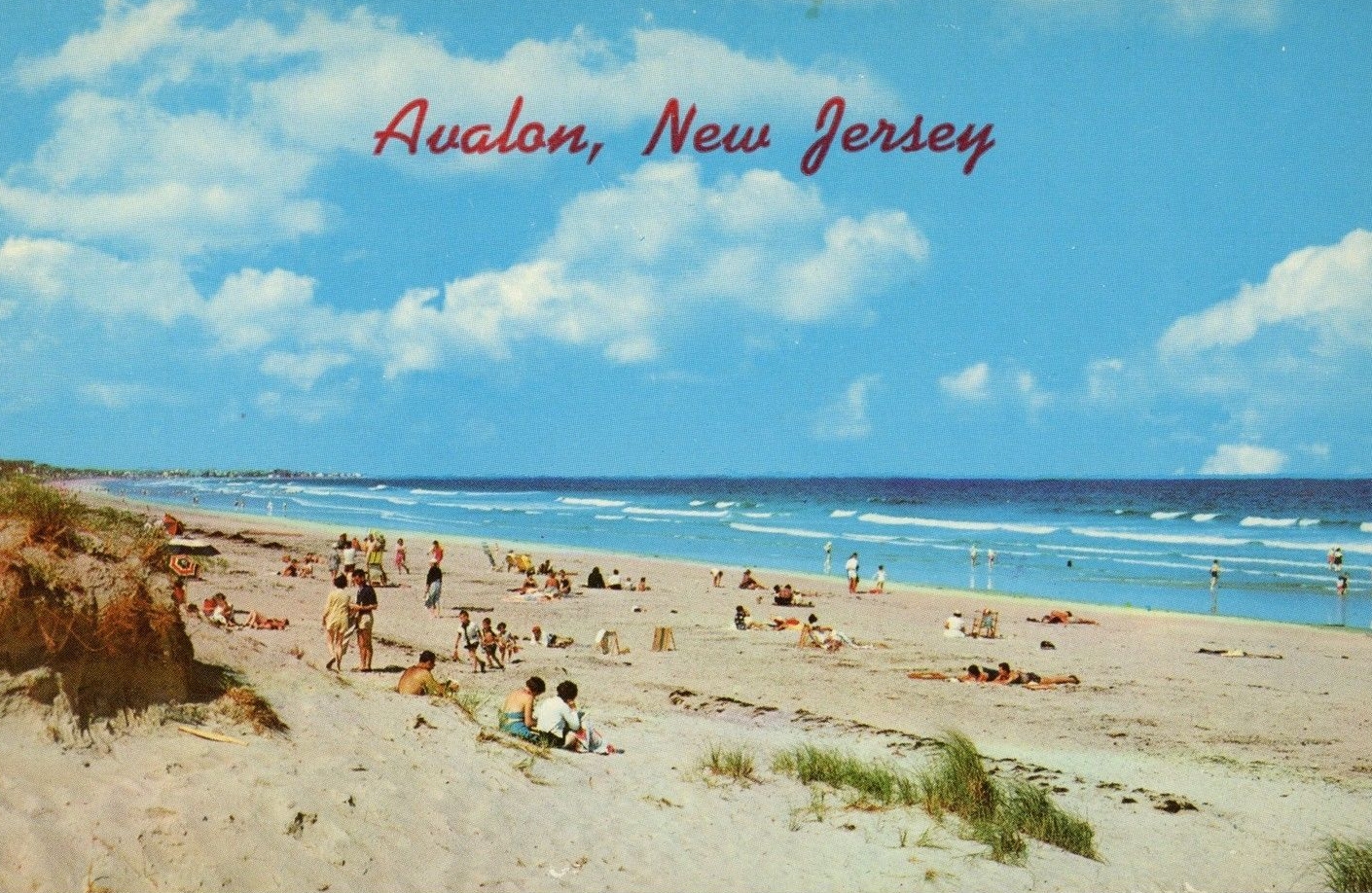 Do you, or does your family or business, have a history in Avalon? We’re interested in hearing from people whose families were original or early settlers, or who own or owned a business, or who have other historical information to share such as living or working here in past summers, meeting your significant others, getting engaged or married here or any other human interest story. If so, and if you would like to share your story, please contact us by clicking here. The information you provide us is  through this link is confidential and we will contact you to gain more information, as well as your full permission, before we disclose any information you provide.  Thank you, and please don’t hesitate to contact us!  (Note: for your privacy, do not include your information in the Leave A Reply box below unless you wish others to see your information).

For more information about Avalon, please follow the links below: 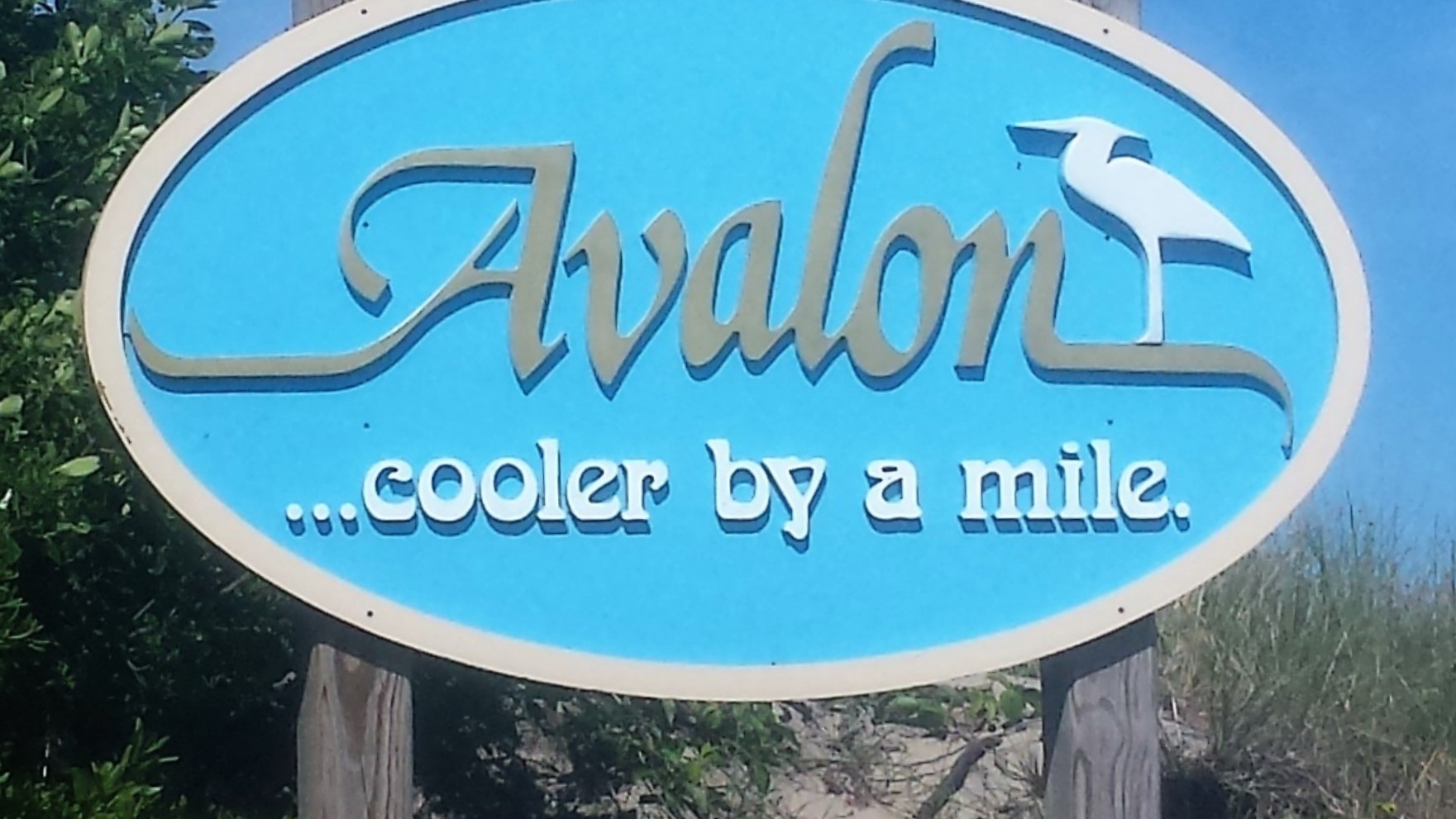 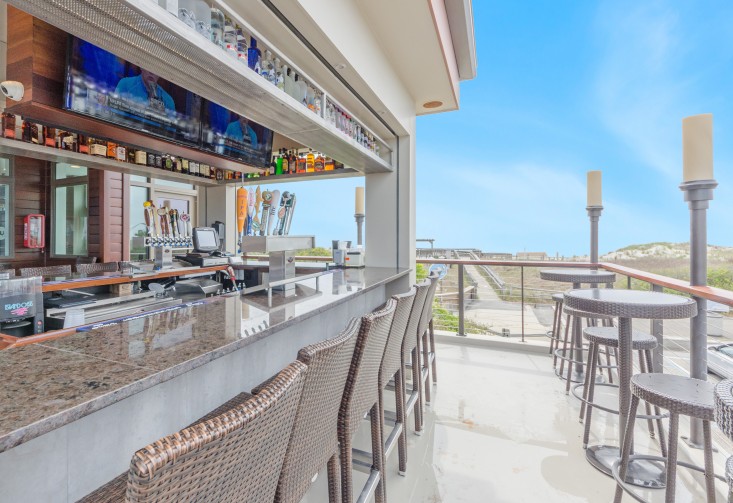 Where to Eat in Avalon 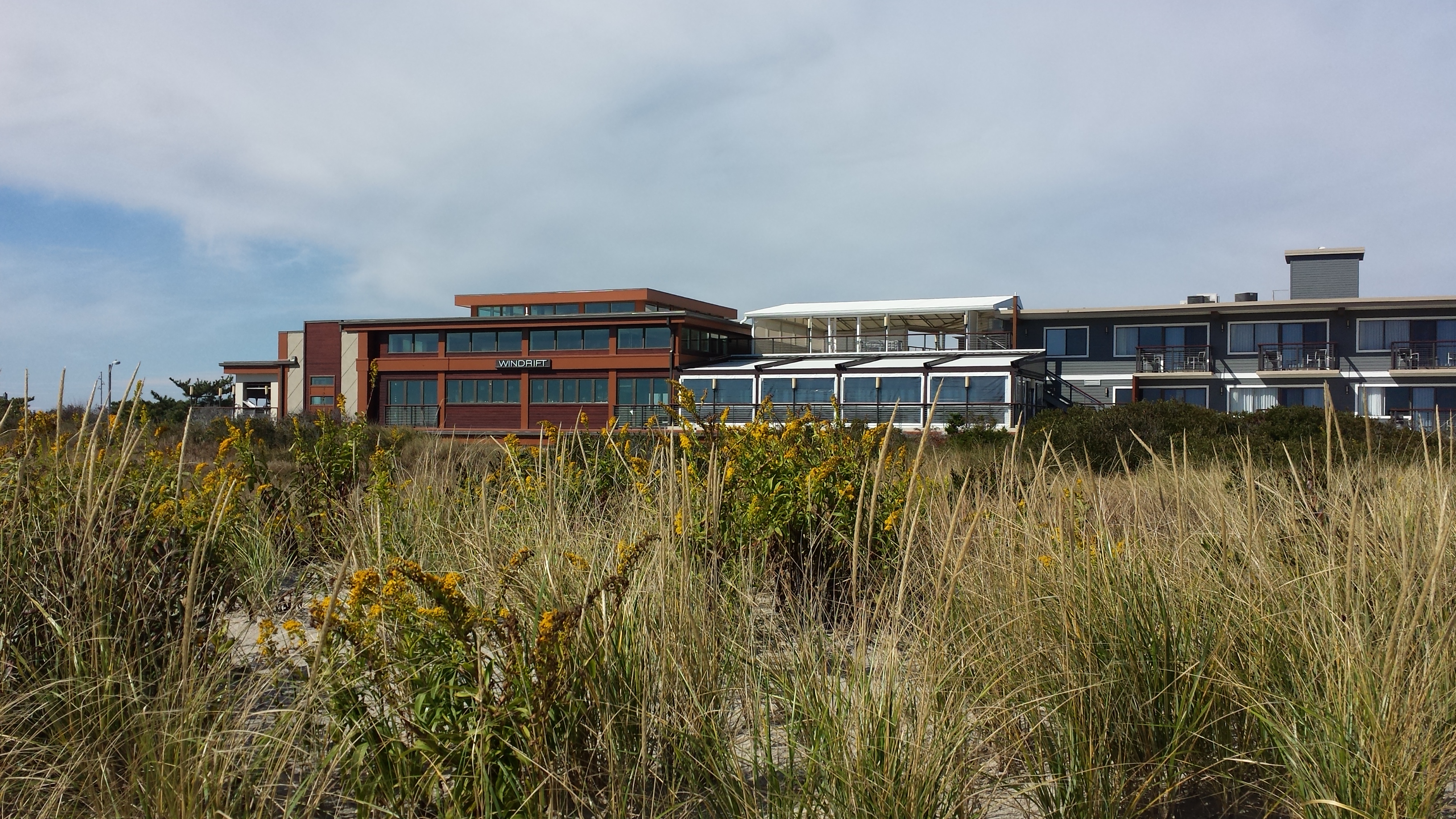 Where to Stay in Avalon

Avalon is “Cooler By A Mile”

3 thoughts on “History of Avalon”