The Shore is Open For Business!

What does a large wooden key, a business suit and a kite all have in common?

The answer is that all played a major role this weekend in a series of ceremonies designed to welcome visitors to the shore and kick off the 2018 Summer Season.

Although summer won’t officially begin until June 21, Memorial Day Weekend marks the unofficial start of the summer season down the shore, when shops and restaurants fully open, beach umbrellas pop up in the sand and lifeguards begin their careful watch. 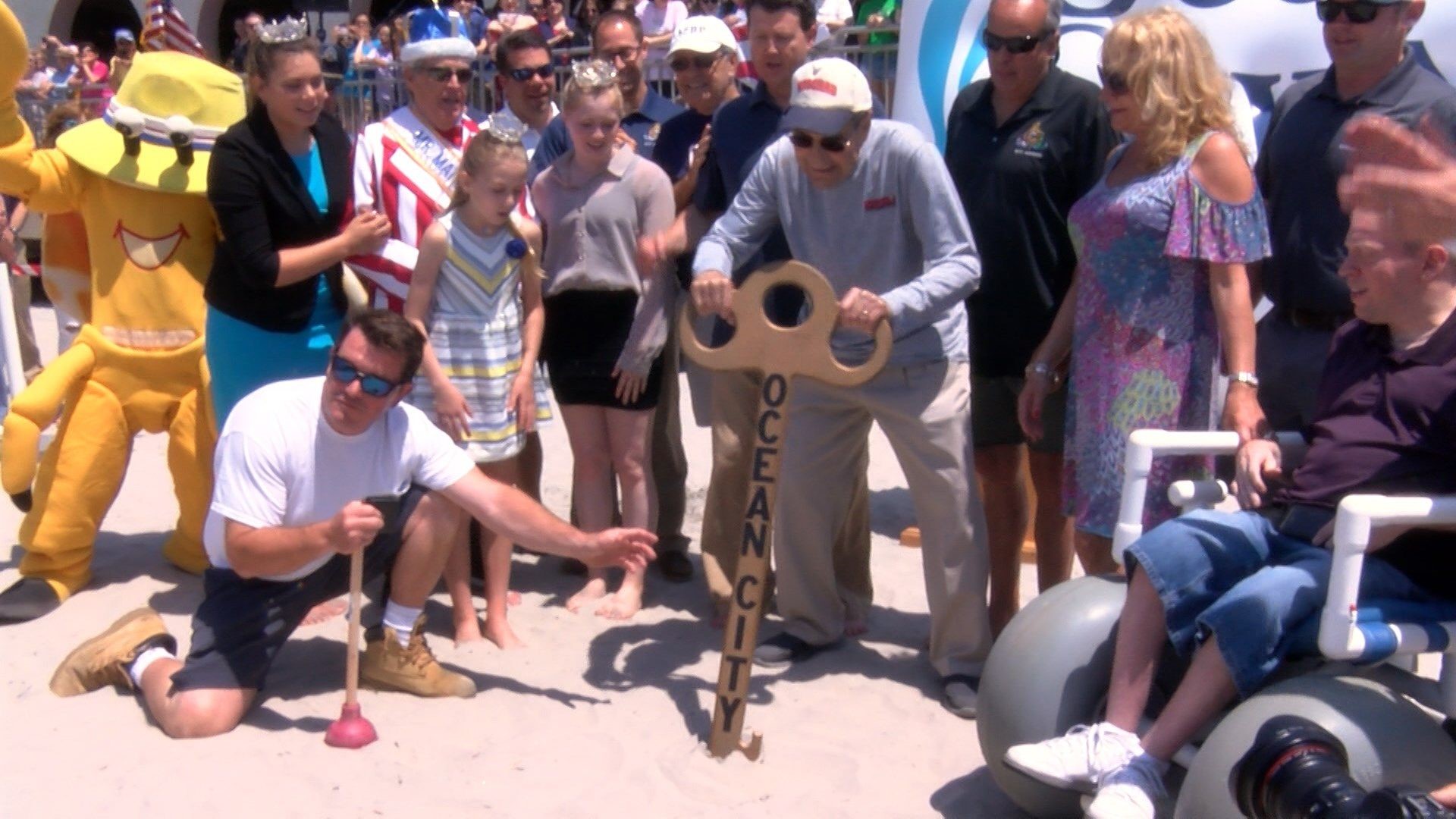 On Friday, Ocean City held its annual “Unlocking of the Ocean” ceremony on the 9th Street Beach, a tradition that began in the 1940s. A large crowd gathered under sunny blue skies next to the Music Pier at noon and watched as city officials placed a large  wooden key into the sand and turned it to symbolize the opening of the summer season. 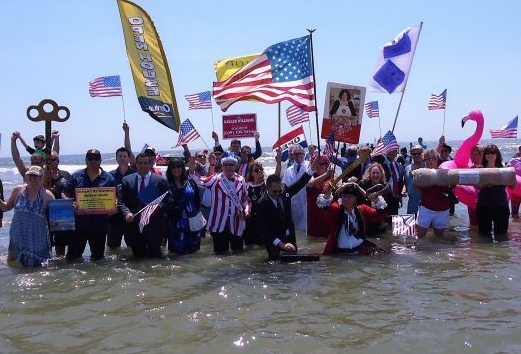 Immediately following the unlocking ceremony, the Ocean City High School Marching Band performed Pomp and Circumstance as a crowd of men and women wearing business attire and carrying signs and flags to showcase their businesses, marched into the ocean. The 15th Annual “Business Persons Plunge” tells visitors that the shore is officially open for business. 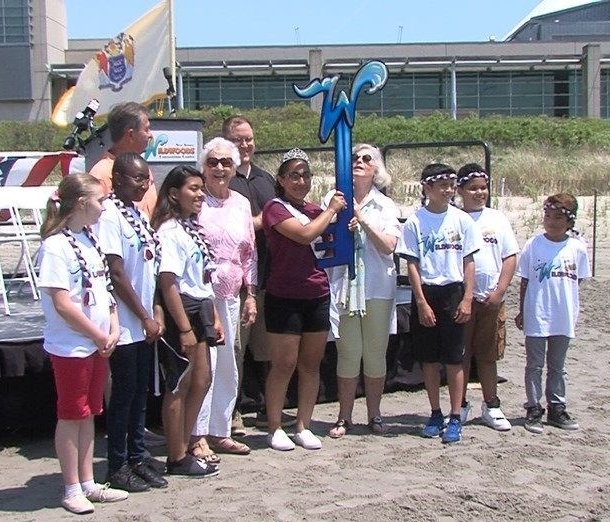 Further south along the coast, a similar event was held on the beach next to the Wildwood Convention Center, when City officials turned a large ornate key topped with a “W” in the sand to mark the opening of Wildwood’s summer season. Earlier that morning, school children attended a kite making workshop and came out to fly their handmade creations as a kick-off the 33rd Annual Wildwood Kite Festival, the largest of its kind in North America. The festival, which will continue through Memorial Day, features kite makers from around the world who come to Wildwood to showcase their works of art in various competitions and exhibitions.

After a long dreary winter featuring snow storms and nor’easters, and a spring that treated us to days-long deluges on the East Coast, precipitation-weary travelers were finally able to enjoy picture-perfect beach days at the start of the weekend. Friday and Saturday’s shore weather featured plentiful sun, a cool breeze and temps in the mid- to high 70s – quite unlike the humid 80’s that the mainlanders were served. Tens of thousands of visitors flocked to the coast to catch some rays, dine al fresco by the water, shop in seaside boutiques and celebrate the start of the shore season.

Here’s hoping that Summer 2018 is everything we hope it to be!