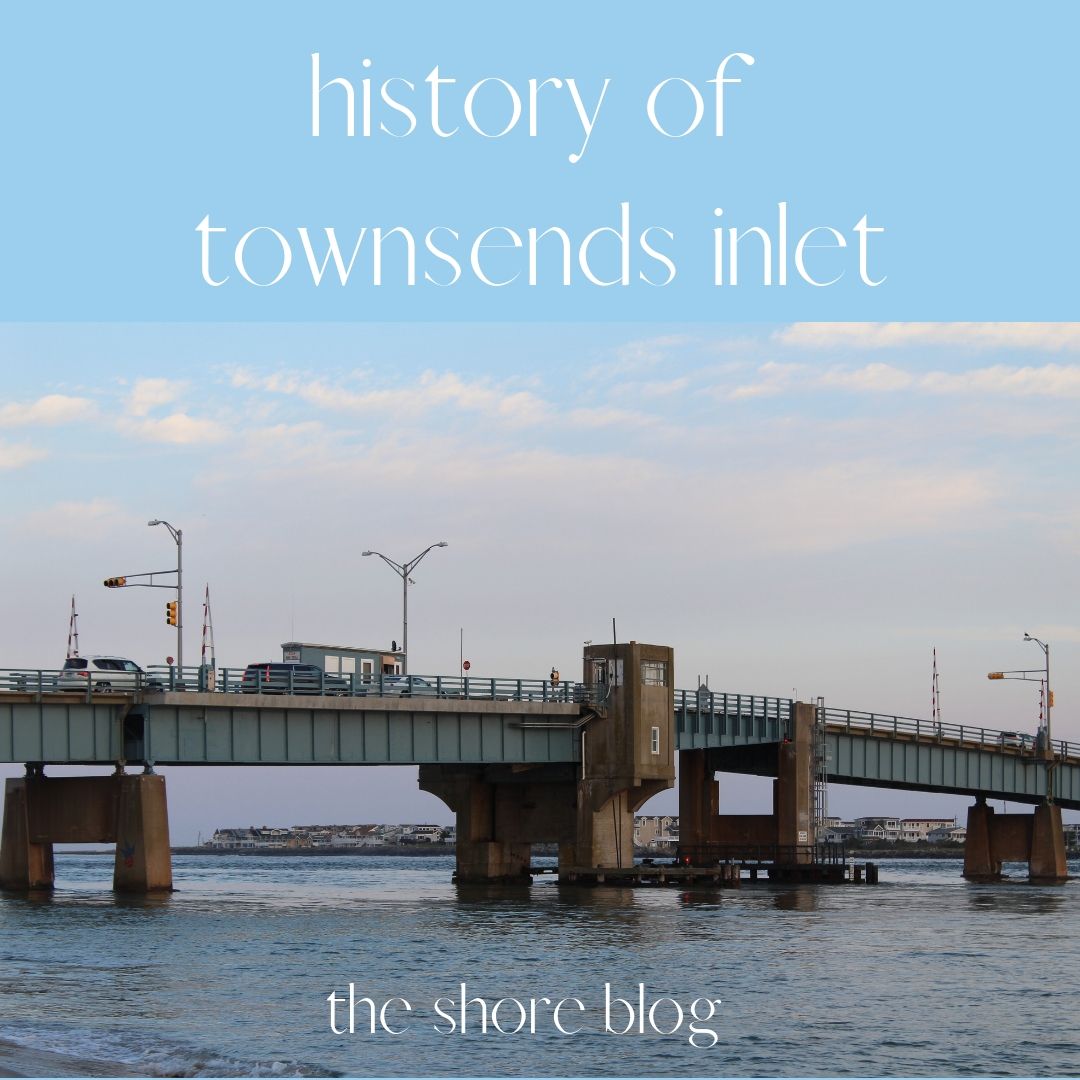 The history of Townsends Inlet is quite interesting. For over 2000 years the Leni-Lenape Indians lived in the area that would later become New Jersey. They came to the coast to fish and gather quahog shells from the beach. They made beads from the shells called “wampum” which was used as currency.

Development of an Island

Joseph Ludlam bought the land in 1692 from a Quaker group. He named the island after himself. He then divided it into three sections and sold the southern section to John Townsend who named it “Townsend’s Inlet” in 1695. Charles Landis purchased the rest of Ludlam Island in 1880. The north ned of Ludlam Island was called “Corson’s Inlet”. It was annexced to Upper Township and renamed “Strathmere” in 1912.

Landis built water channels on Sea Isle’s bayside. They were similar to those found in Venice, Italy. The water channels still exist today. They are flanked by bay front homes and condos, docks, fishing piers, two yacht clubs and two restaurants. Hundreds of commercial and personal boats are docked throughout the waterways behind Sea Isle. Vessels enter the Atlantic Ocean from the Intracoastal Waterway through Townsends Inlet. 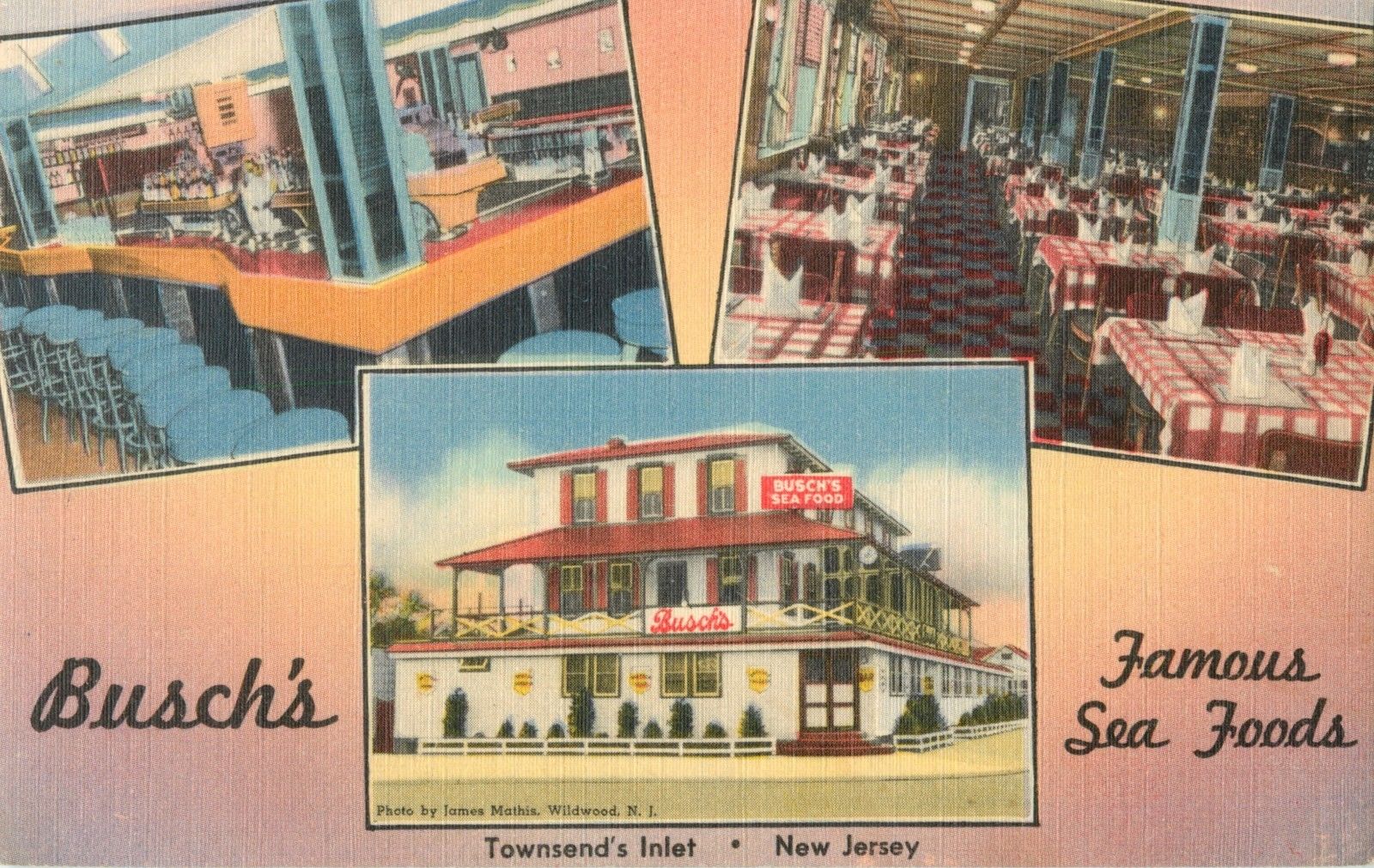 Busch’s Hotel was built in 1882. Later, it became a seafood restaurant. For decades it was a popular dining establishment. The restaurant featured its specialty She Crab Soup and other seafood delicacies. Busch’s ceased operating as a full-service restaurant in 2014. It scaled down its operation to instead became a take-out location. The building was demolished later that year.

Railroad lines were constructed to bring visitors to Ludlam’s Island in 1883. One railway came in from Ocean City by way of Corson’s Inlet on the north end of the island. Another train came to the island where 41st Street is now located. 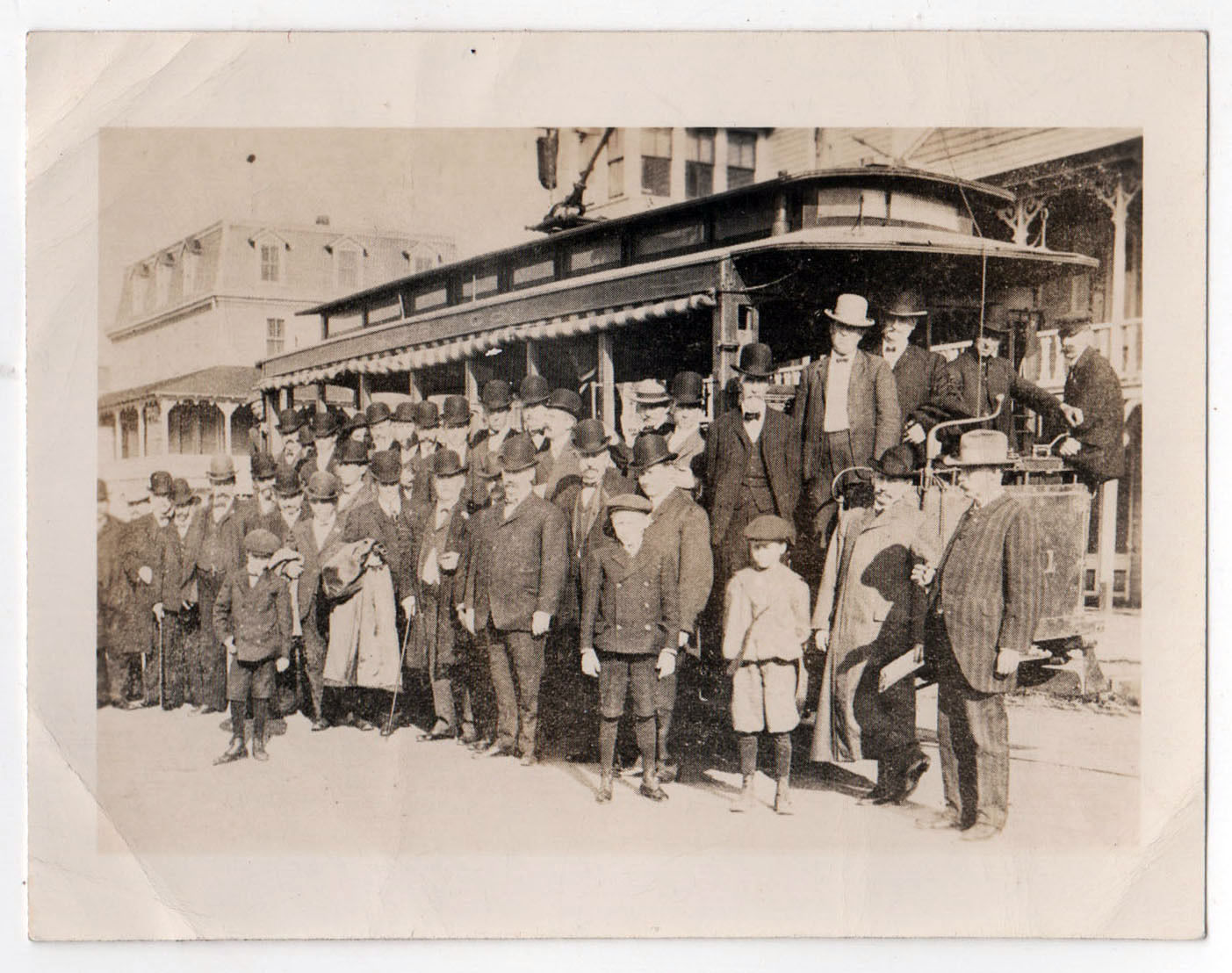 A trolley system referred to as “horse cars” began operating along Pleasure Railroad in 1887. It ran from Sea Isle to Townsends Inlet. The cars were led by horses. They transported people between the train station and the island’s hotels. This route was later extended to Corson’s Inlet. This allowed riders to go from the northern end of Ludlam Island to the south end.

A second trolley service led by mules was added along the route that is now Landis Avenue. Neither of these transport systems were traditional trolleys as we know them today. But in 1904 an electric trolley replaced the animal-operated system along Landis Avenue. 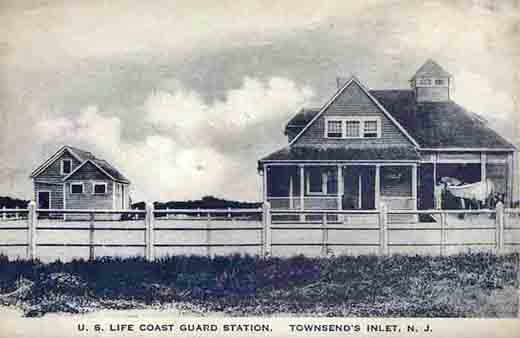 U.S. Life Saving Station was erected in Townsends Inlet in 1849. 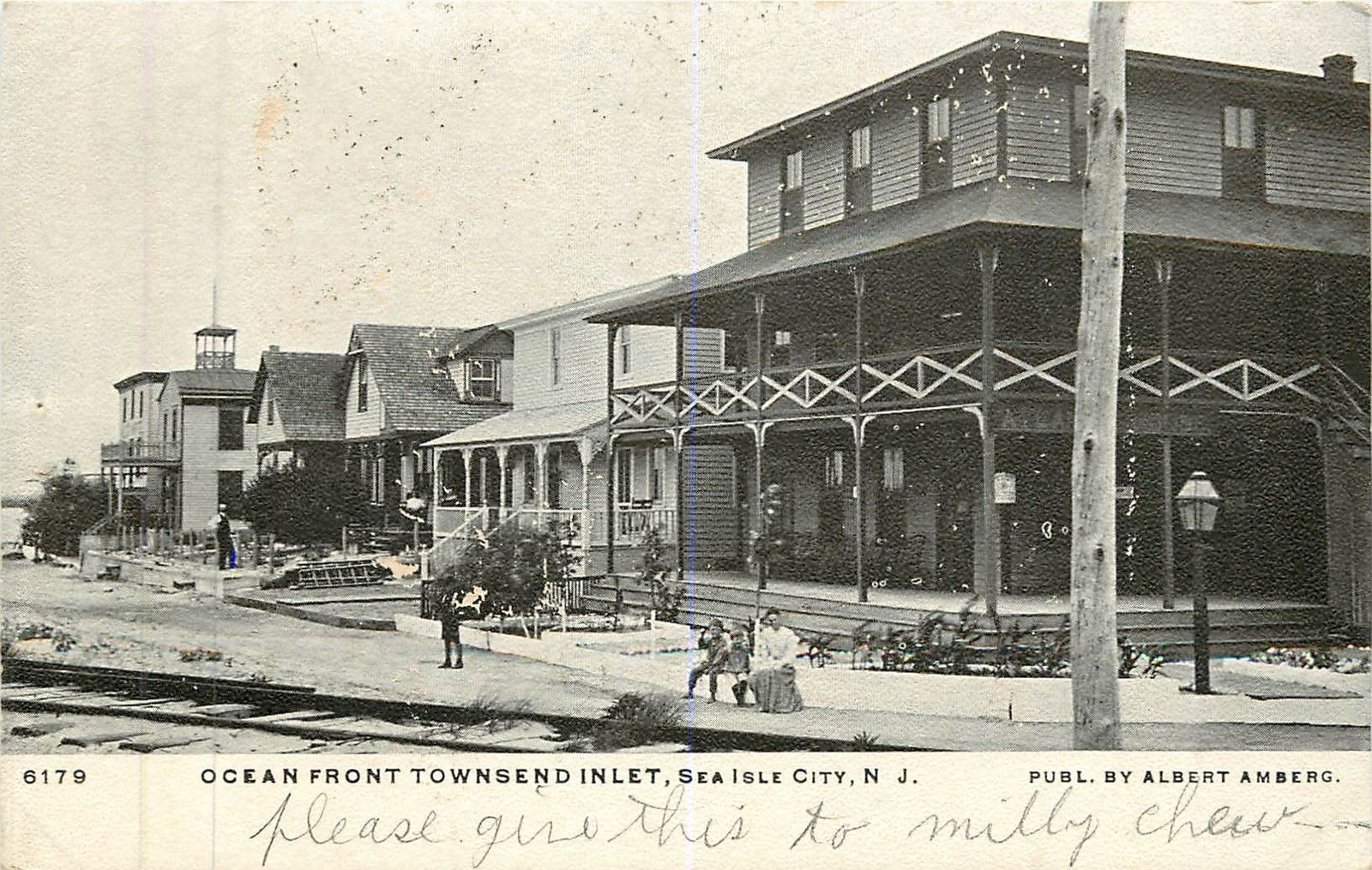 A Civic Center was built circa 1888. It was home to many dances, pageants, concerts and community events for over a century. The Civic Center would be transformed into Santa’s Workshop each December. It featured beautifully decorated window displays for the community to enjoy each night. The building also was host to an annual Holiday Show. The King Neptune Festival was held here in summer. The Civic Center faced possible foreclosure due to nonpayment of taxes in 2017. This issue has not yet been resolved to date. 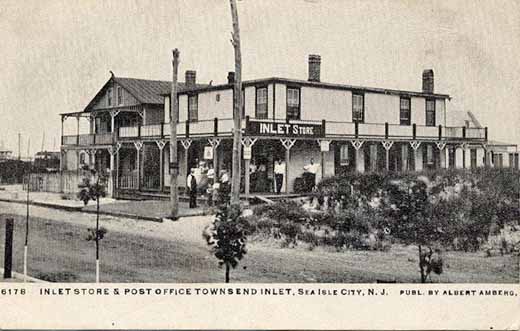 A post office was built in 1904. It served the residents of southern Sea Isle until it closed in 1988. Today, residents of Townsends Inlet share the same zip code as and are served by the Sea Isle City post office. More homes and businesses were built, including the Trinity Community Church located at 85th and Landis. Today, the church continues to operate as a non-denominational church. Here are some views of the residential areas in Townsend’s Inlet history. 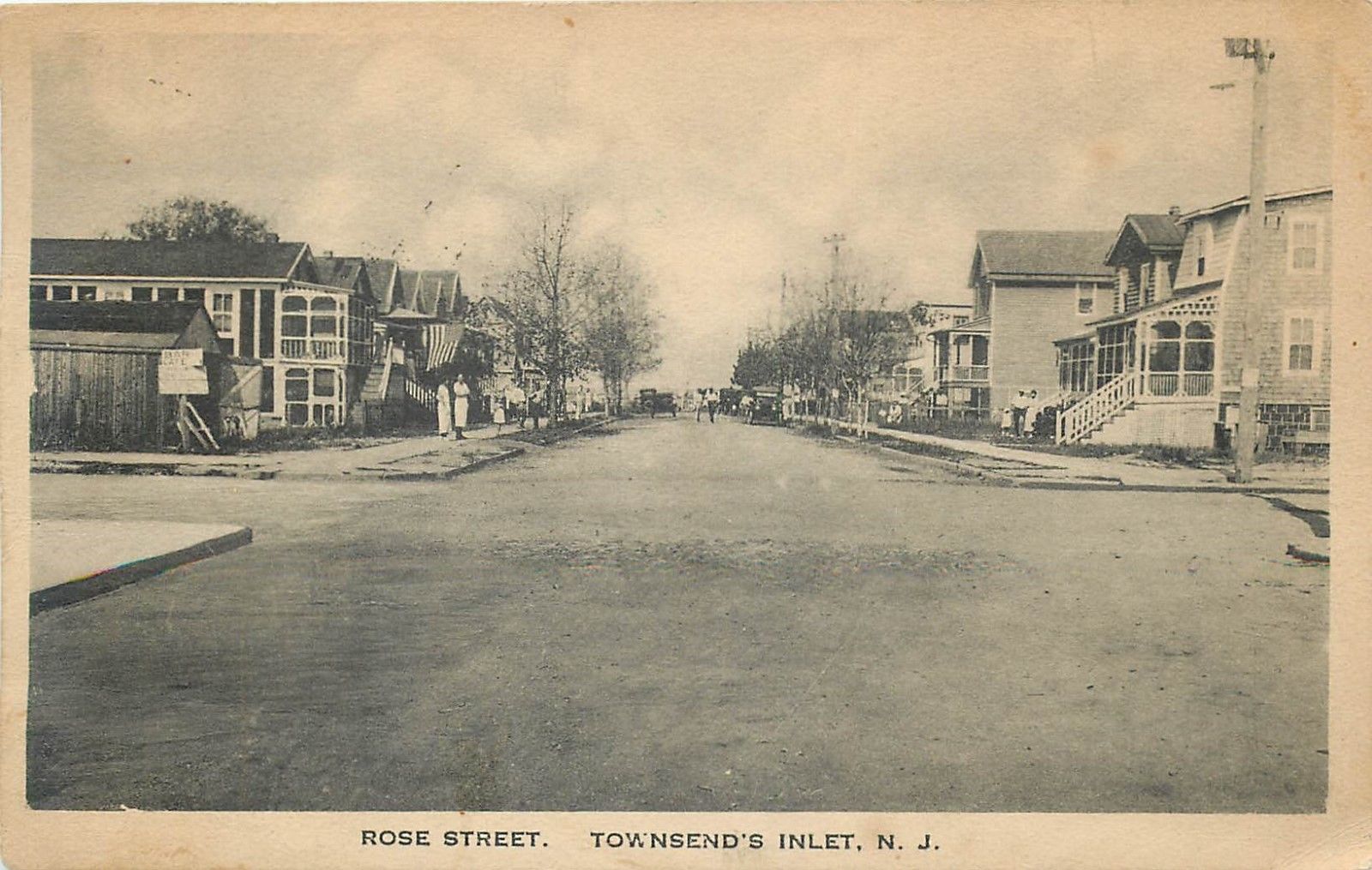 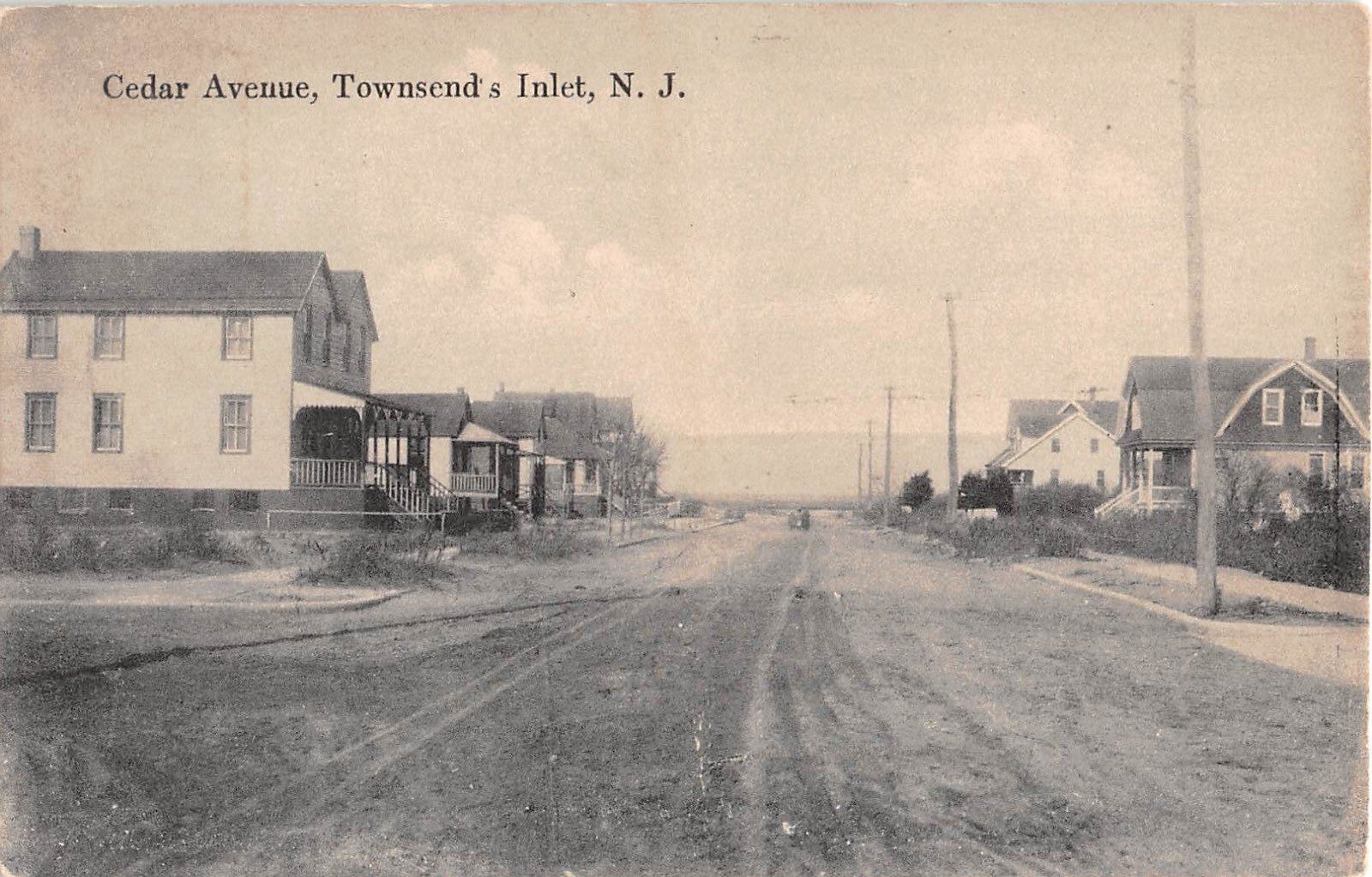 The bridge connecting Townsends Inlet with Avalon was constructed in the 1940s. The bridge has a history of closures due to damage and structural concerns. Hurricane Sandy caused damage to the road from the bridge on the Avalon side. Therefore, it was shut down for months while the road was rebuilt. Another repair project occurred in 2015, during which time it was closed for months. Cracks and severe deterioration were found in the support piles during a 2017 underwater inspection. Some repairs were made to allow motorists, pedestrians and bike riders use the bridge in the summer of 2017. However, it is believed that the bridge needs to be rebuilt but it will cost in the hundreds of millions of dollars to do so. 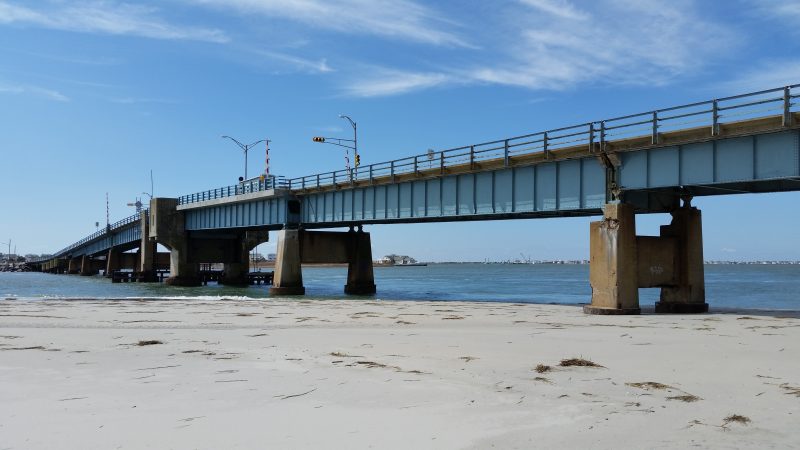 New construction was completed on The Dunes in 2016. The Dunes is an upscale mixed-use commercial building located on site of the former Busch’s Restaurant. This building houses 13 luxury condominium units of 3 and 4 bedrooms. A restaurant called Beachwood opened in The Dunes in 2019.

Two additional mixed-use buildings were completed in 2018. The Cove and offer additional retail, dining and condominiums. The completion of this project promises to make Townsends Inlet a sought-after destination for dining and shopping unlike it has been in the past. 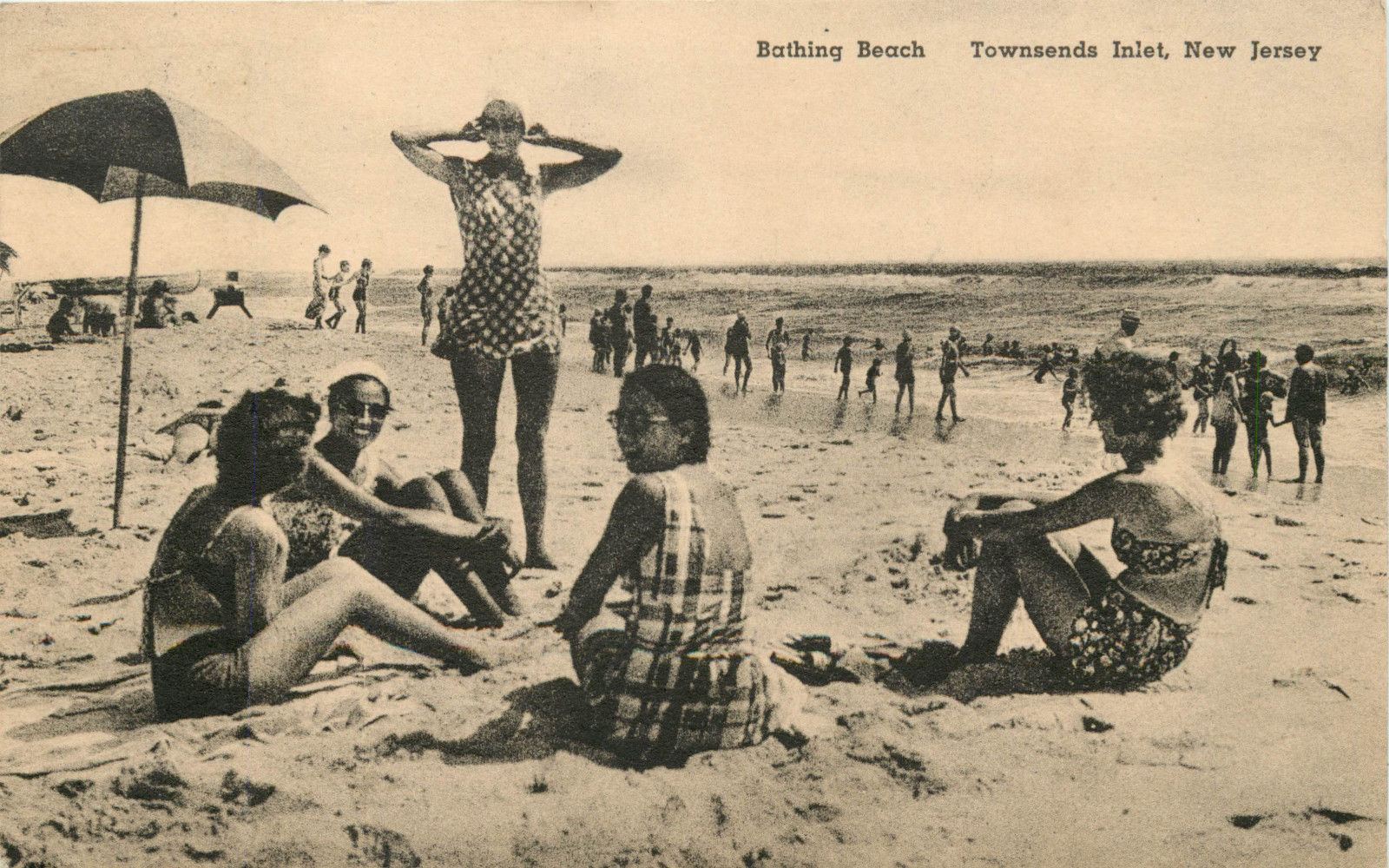 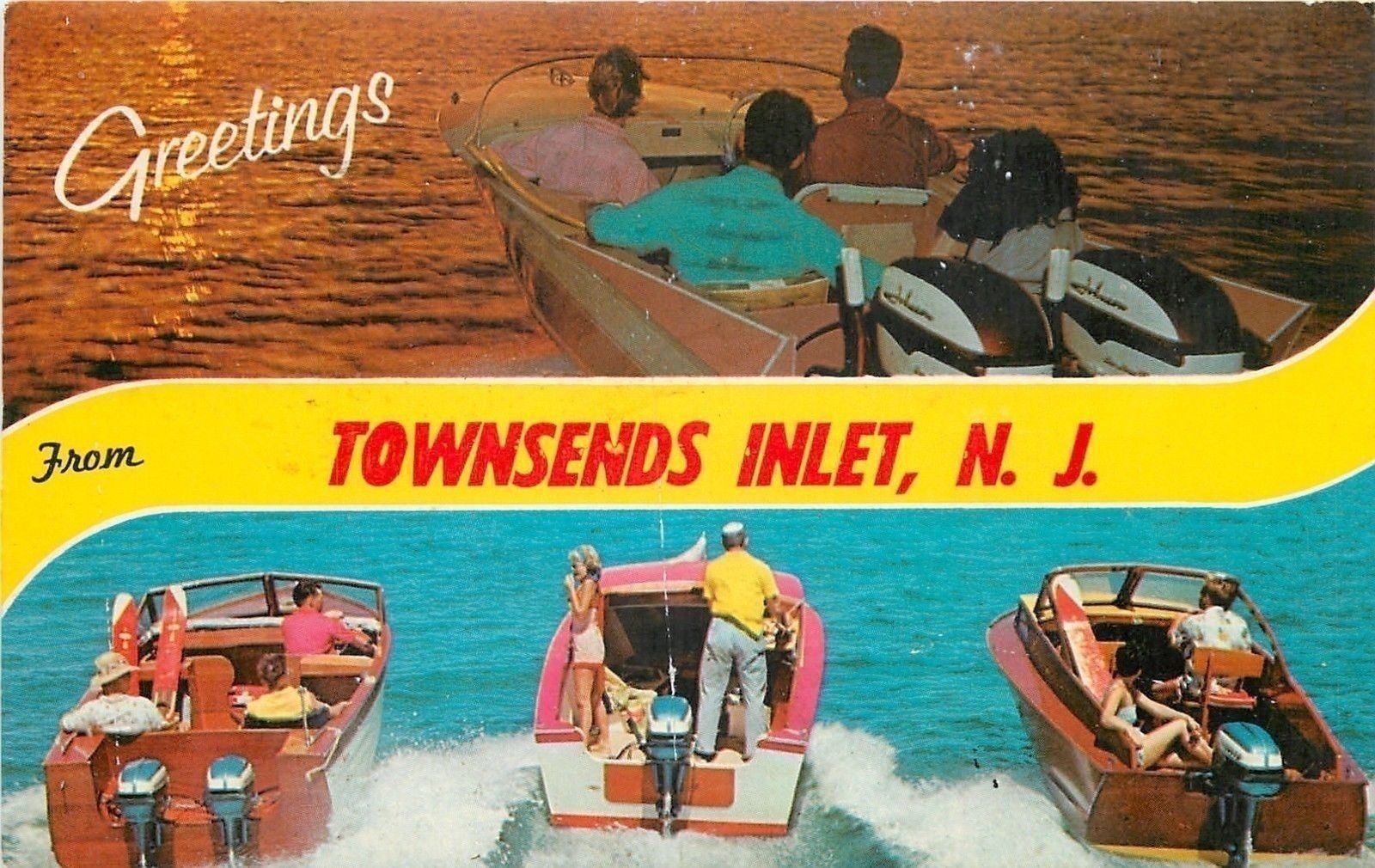 Back To Townsends Inlet’s Main Page 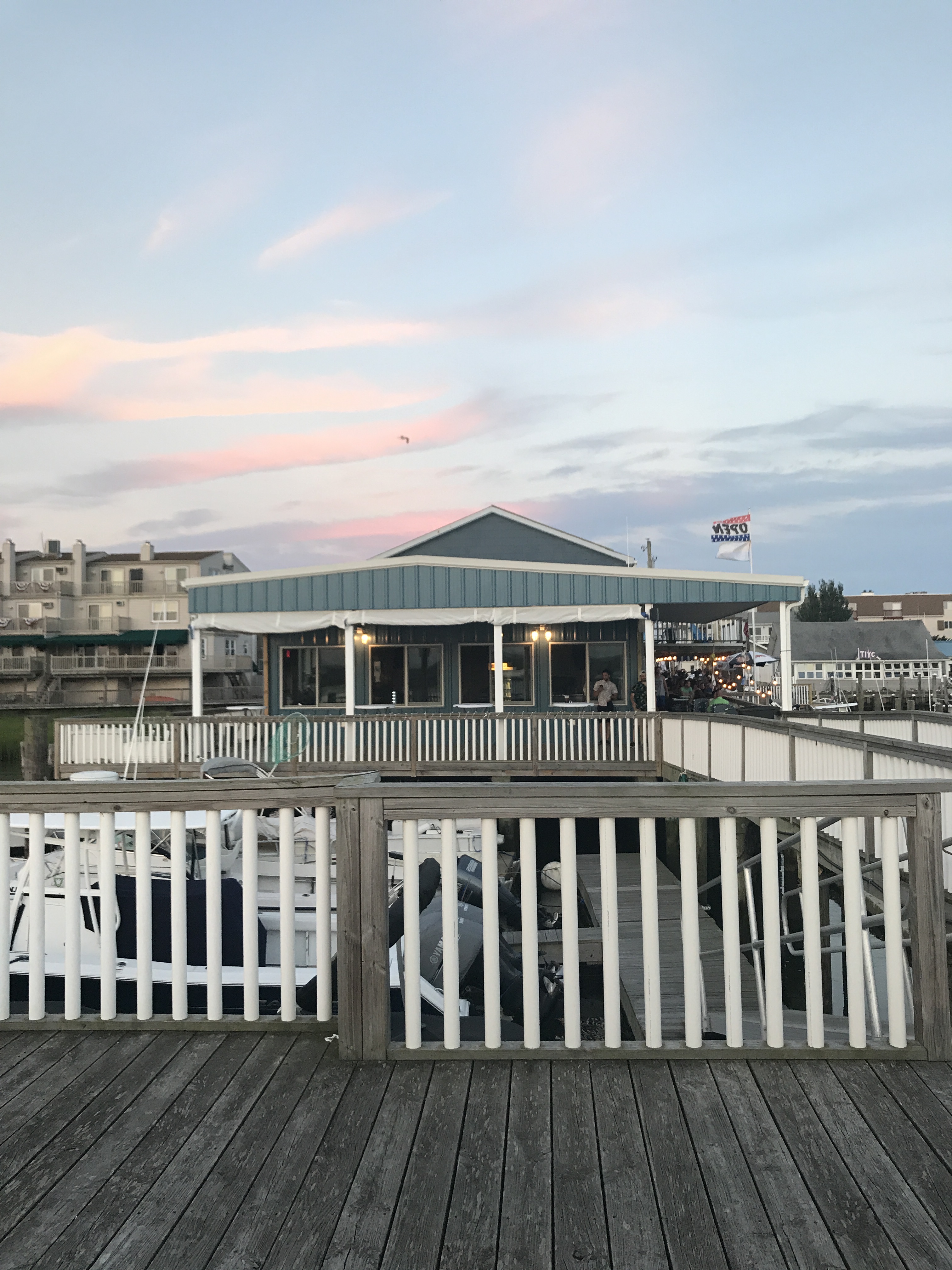 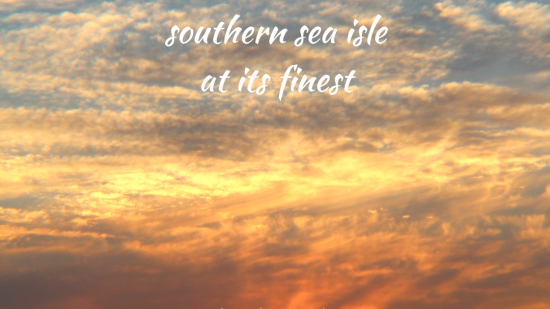 One thought on “History of Townsends Inlet”